I can’t imagine how anyone who creates wouldn’t be reflective on the current climate of culture. (By the way, click here if you’d rather listen to this post, rather than read it).

When we allow what is considered socially acceptable and what is not to be determined by another person, then we have already lost any credentials we may have had as artists. Because art is then no longer an attempt to connect to the individual, but just an attempt to appease the masses.

Do you recall when we used to fawn over anti-war protest work? Bob Dylan made a career of it. Hell, half a dozen druggies proclaimed decades ago to fight the media establishment and write what you want, paint what you want, set a guitar on fire while covered in mud whenever you want and scream “HOWL!” (A more poignant poem now than I think it was before).

Some of our most important and prominent artists are noted for their rebellious desire to push back against the mob’s choking control over artistic permission.

These days….? Compliance is required when you approach your canvas. Community standards are to be adhered if you’re going to type out words on their platform. Rectifying your racist name before singing another song is mandatory if you are to ever sing another song again….(Lady Antebellum is doing its best to come up with a new name to save their own hides. Well, I have a name for you. “Lady Shame.”)

I’m waiting for the day the Bully Ministry of Culture demands I apply for an application to produce art. “You need a license for that.”

Artists used to be fearless in the face of censorship and oppression. Now they cower before it, adhere to it….even promote it. 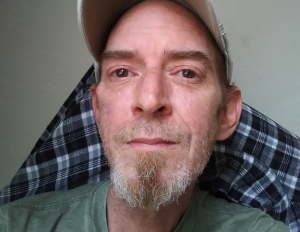 This should tell any artist what the BLM Bully Movement is all about and why you should fear them. The minute they squash sculptures ( to include statues), ban books, strip the digital sphere of anything that can be streamed, and profess that “Tootsie” is a trans phobic film, tells you EVERYTHING you need to know about how they view any sort of individual expression. They want to corral you, control you, decide not only what you are allowed to express, but what you can experience.

The mob despises any connection from one individual to another if it isn’t approved by them first.

Because if you are allowed (for any moment) to make a distinctive soul to soul acknowledgement of another person rather than the group, the mob would cease to exist.

If you want to see the direction this movement is going, tally up each day the number of artists that placate for their own financial safety, then tally up the number of corporations writing public ransom notes worth millions (while symbolic guns are pointed at their heads)

….then tally the number of voices of detraction that are never mentioned.

There are no massive waves of corporations, nor media outlets, donating tens of billions towards the widows of slain police officers and their children.

Is your compliance with this Bully Movement about the money? Is that why you submit to their oppression? Is that why are you, as artists, are approving of art being censored? For the money?

Oh, how lucrative to be a slave….

If you appreciate my work and would like for this blog to continue, please donate to help keep it going. Every single dollar helps and I wouldn’t have the courage do it without your support.